With city centre offices in short supply, being forced to look elsewhere might be a blessing in disguise

News > Uncategorized > With city centre offices in short supply, being forced to look elsewhere might be a blessing in disguise 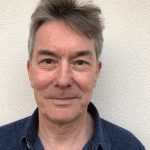 Ask any commercial property agent about the current market for Grade A office space in Glasgow city centre, and they’ll tell you that there’s high demand, low supply and no speculative new-build development.

This already low supply has been further diminished recently, thanks to a cluster of major deals taking place as businesses look to invest in Glasgow again. JP Morgan has taken 20,000 sq ft of office space at 141 Bothwell Street, Zurich has snapped up 17,250 sq ft at St Vincent Plaza, and the Scottish Courts will soon be occupying 80,000 sq ft at Atlantic Quay. This flurry of activity saw the total take-up for 2017 exceeding 600,000 sq ft.

This upturn in fortunes leaves only around 60,000 sq ft of Grade A new office space available in Glasgow city centre. Similarly, supply in Edinburgh is at its lowest level since 2010, with the majority of under-construction office space in the capital already committed. This, predictably, is pushing rents sharply up. We are now moving into a market dynamic where pre-lets are likely.

With the combination of increasing demand and decreasing stock, businesses may find themselves unable to expand or move within Scotland’s two biggest city centres due to lack of availability. This leaves companies with the option of a refurbished office, or going out of the city centre.

But isn’t a city centre the only place for a self-respecting blue-chip company to be? Not necessarily. Areas on the outskirts of a city, close to both the centre and outlying commuter towns, offer many advantages. Many forward-thinking companies are realising that most of the workforce doesn’t actually live in city centres, and that they might not relish the thought of an expensive and time consuming commute every day. Could locating offices in areas closer to where employees live result in a happier, healthier and more loyal workforce? I certainly think so.

The Clyde Gateway city centre expansion area, for example, has a workforce of 1.5 million within a 60 minute commute, because it is not only well connected to the city centre by rail and road, but also to Lanarkshire towns like Rutherglen, Cambuslang, Hamilton and East Kilbride. A railway line also connects it directly to the west end of Glasgow. The evidence to date shows how popular a business location this is – of the 800,000 square feet of Grade A office and industrial space that Clyde Gateway has already developed, over 85 percent has been let or sold. It was this success that first brought Clyde Gateway to my attention.

Like many peripheral business locations, Magenta, the new office park that we are developing in partnership with Clyde Gateway, will offer substantial savings on similar city centre properties. But it’s not all about money – there’s also employee wellbeing to consider. Magenta is within walking and cycling distance of the numerous residential developments that are springing up in Glasgow’s east end. There are already 2,500 homes in the immediate vicinity, which could grow to 6,000 in the near future. Being so close to the Cuningar Loop woodland park and sporting amenities like the Emirates Arena, might actually inspire workers to get active on their lunchbreaks instead of sitting at their desks or shopping.

While getting people onto public transport is to be encouraged, the reality is that many employees need their cars to do their job. And while parking can be impossible – or at least, prohibitively expensive – in city centres, satellite locations often offer high parking ratios that at least makes taking cars to work a viable option.

Then, of course, there’s the economic and physical regeneration argument. Our Cobalt business park near Newcastle transformed a brownfield site and brought 14,000 jobs and big name companies like Hewlett Packard, Santander, Proctor & Gamble, Newcastle Building Society and Accenture to the area. Magenta could do the same for Glasgow. The parallels between Magenta and London Docklands, where Highbridge developed the first tower block, are striking. I believe that the same positive outcome that was achieved there will follow through at Magenta.

So perhaps we shouldn’t see low supply of city centre offices as a bad thing – instead, look beyond and consider that urban business districts could be the answer. Your employees – not to mention your finance department – might just thank you for it.

Savills / Ryden LLP / CBRE and for vendors or lessors of this property whose agents they are give notice that: i) these particulars are produced in good faith and are set out as a general guide only and do not constitute any part of an offer or contract. They are believed to be correct but any intending purchasers or tenants should not rely on them as statements or representations of fact but must satisfy themselves as to the correctness of each of them; ii) no person in the employment of Savills / Ryden LLP / CBRE has any authority to make or give any representation or warranty in relation to this property. September 2017.