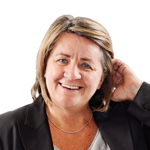 My eyes were first opened to the possibility of moving my 68 strong workforce from our traditional city centre offices during a tour of Glasgow’s East End with Clyde Gateway’s Chief Executive, Ian Manson. I left feeling astonished at the transformation of the east end, and it really got me thinking, especially as the lease on our Bath Street premises was coming to an end.

I had previously ruled out moving from the city centre due to the impact I felt it might have on our team. I run Speirs Gumley like a family business and would never have moved my family against their will. But the more I looked at Red Tree Business Suites within the Magenta developments, which is less than 2 miles from the city centre, the more benefits I could see.

So, I presented the idea to the team, along with 3D visualisations of the new building, and asked them to come directly to me if they had any concerns. I expected some resistance, but to my surprise, there was hardly any. A few had queries about how the move would impact their commute, and what they would do for lunch, but largely the team could see the same benefits that I could.

We signed a pre-let on the building’s entire third floor last year, while the building was still under construction, and moved in at the start of 2019. We consulted with the workforce at various stages ahead of the move, and Clyde Gateway supported us with a detailed travel plan tailored to each individual member of staff, which was incredibly useful. The team were able to view the offices throughout the construction process and have input into the office layout. Taking the team on this journey from the very beginning meant that they felt part of the move, and as a result their attitudes have been amazing.

Now we are settled in our new home, I could not be happier with the decision. Because most of the team live closer to Magenta in Rutherglen than they do to the city centre, commuting has become easier and less stressful, which is impacting positively on the team. The transport links are great, car sharing is really taking off, there’s ample parking here at the building and Dalmarnock train station is a ten-minute walk away. We have pool cars if anyone needs to visit the shops at lunchtime, and soon communal Red Tree bikes will also be provided, allowing staff to take advantage of a healthy and green mode of transport.

Making the move to Magenta has provided real value for money. I’d always wanted to make the step up to a modern, state-of-the-art Grade A office building like this one, but if we had done this in the city centre, we just couldn’t afford it, however at Red Tree Magenta we are getting so much more for our money.

We have heavily invested in complimenting this great building with an equally great fit out, from soundproof pods for quiet working, to project spaces with TV screens and height-adjustable tables, to a kitchen area that feels a world away from our desks, everything is helping us work more smoothly and efficiently. The tech infrastructure and broadband speeds are noticeably better here than in the city centre, and the modern environment here at Red Tree Magenta will provide the perfect backdrop for Speirs Gumley as we continue to evolve and grow.

Being out of the city centre hasn’t impacted at all on recruitment – far from it. We now see the building as a real asset that will help attract people to work for us. It offers so much more than just an office – it’s a whole different lifestyle. Our team are doing more exercise on their lunch breaks, a lunchtime walking group has emerged, and people are bringing in healthier food from home which is helping them save money. Our office is now paperless, and everything is recycled. The atmosphere within the office, and the entire building, is excellent. Although it has only been open since December, Red Tree Magenta is already fully let – and I can see why.

The feedback we’ve received from all our staff has been positive, there’s not been any complaints since our arrival and the weeks that have followed. We left our city centre base of 30 years and relocating just a few miles has allowed us to get away from the hustle and bustle, to a whole new working environment in the Red Tree Magenta building, which is already making a world of difference to the team.

Savills / Ryden LLP / CBRE and for vendors or lessors of this property whose agents they are give notice that: i) these particulars are produced in good faith and are set out as a general guide only and do not constitute any part of an offer or contract. They are believed to be correct but any intending purchasers or tenants should not rely on them as statements or representations of fact but must satisfy themselves as to the correctness of each of them; ii) no person in the employment of Savills / Ryden LLP / CBRE has any authority to make or give any representation or warranty in relation to this property. September 2017.